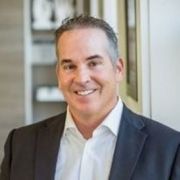 Brendan P. Keegan is the CEO of Merchants Fleet, the fastest-growing fleet technology company in North America, where he previously served the company as a client, board member, compensation committee chair and strategic advisor. He is an award-winning 6-time president and chief executive officer having raised nearly $3.0B in capital and returned over $6.0B to investors. Brendan has experience in business transformation, capital raises, strategy development, revenue growth, operational scale, technology enablement, and enterprise value creation with successful liquidity exits.

With a background in the financial services, technology and professional service industries, Brendan has aided companies ranging from 500 to 10,000 employees. Prior to these roles, he started his career at EDS as a systems engineer and progressed through the ranks rapidly to become the Fortune 100’s youngest Chief Sales Officer for EDS.

Brendan was recently named the world’s Most Innovative CEO by CEO World Awards®; Executive of the Year by Best in Biz Awards; and a Stevie Awards® winner by American Business Awards®.

Brendan serves as a member of the board for Revolution Armor & ExpressIT Logistics and serves as Chair of the Compensation Committee for both companies. He received his Bachelor’s Degree from RPI, MBA from George Washington University, and Executive Certificates from Harvard, Columbia, UPenn, MIT & U Chicago.